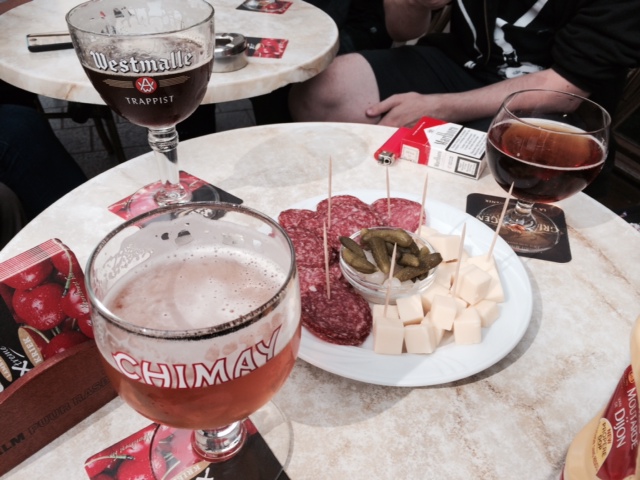 Where did it all start?  Back in 1997 when North Bar opened we offered a limited range of pedestrian beer.  But we served it with what is best described as a continental style.  We did table service, had newspapers, offered espresso based drinks, displayed art on the walls….

James Clay very kindly took us to Belgium, we took inspiration and returned, tired and hungover.   And repeat….

We hadn’t been to Belgium since March 2009!  Yikes.  So we decided to go back to our roots, and we thought it would be a good idea if all of our entire management team – managers, assistant managers and senior chefs came with us.  We visited Gent and Brussels and sampled (researched….it’s a tough gig!) loads of wonderful beers in great bars that offer the kind of service we do, in wonderful, relaxed environments.

It’s been way too long, and so much has changed in beer culture in the UK, it’s over 16 years since we were trying to convince customers that the delicate notes of Turkish Delight in Anchor Liberty Ale would change their perception of American beer forever.  “Forget the crap you’re buying in the supermarket, this is American beer!”  How times have changed….you can’t move for hops these days.

What about yeast?!  Holy shit!  YEAST!  Get a Belgian beer and taste the yeast!  Yeast isn’t just a fluffer to get the party started; it can feature in its own right.  What about the grain?!  Hoegaarden was a significant player in the change in our drinking habits!  Fruit?  Something for the ladies?!  Sugar?  Candy?  Belgium! fun times and amazing beer!!

It’s not just about the fun times and the beer…..the beer is pretty amazing though!!

One night is Ghent…Ghent is Bruges without the coach parties and the lace shops. We’ve spent a few nights in Ghent, home of the annual Belgian Hospitality show. We’ve spent the evening (and early hours / late hours) drinking with some of the best! Out with the owner of Chouffe? Spend the night drinking Grolsch…..

It always goes a bit weird in Ghent!! Mediaeval crazyness exists round every corner and down every alley in Patershol.

This year we had the added bonus of Jiggers cocktail bar – ring the doorbell and find the delights within. We had a few drinks, then we had Duvel in the sunshine by a canal at 10am…..life doesn’t get much better.

Brussels, 30 minutes away…….a strange place. On one hand it’s a bit ugly / plain looking…on the other, its home to the most beautiful square anywhere in the world and the home of Herge. Brussels is also the home of some pretty cool bars. Most of which are owned by Fred Nicolay.

Now’s the time to admit it and come clean. Most of our early design inspiration came from the early bars of Manchester – Dry, Manto, Atlas, then came Fred.

Cafe central, suddenly you’re in a scene from a movie – dark, smokey, great drinks and an even better soundtrack. Moeder Lambic is great, what a beer menu!! Newcomer Potemkine is spectacular. Bravo too, to Bravo, beautiful new bar club complete with courtyard, jazz downstairs and bars on wheels…

Suddenly Brussels has given us too much to do in too little time, although we managed to fit in a cheeky visit to Morte Subite. Old school Brussels Fin de Siecle Bar with bar cat and the best Ham and Cheese plates.

Then home, via the Eurostar bar, quick stop in London, then bed.

What did we learn…….? We like beer (a lot), we like Belgium (a lot) but we knew that already! The best thing? The trip reinforced a couple of big things, that we work with some pretty spectacular people and that we work in the best, most interesting and exciting industry. 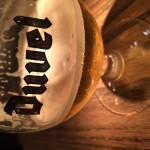 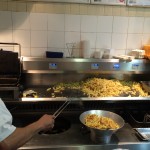 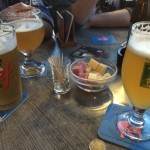 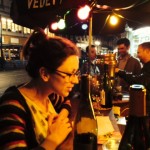 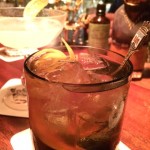 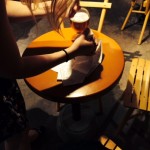 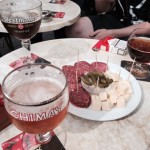 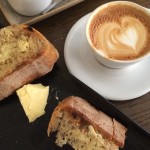 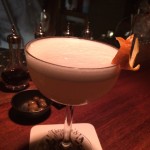 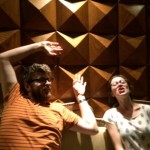 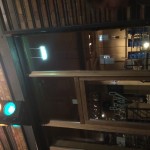 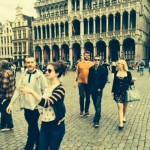 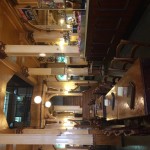 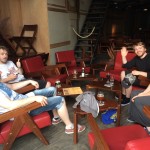 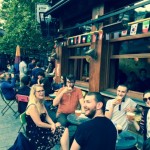 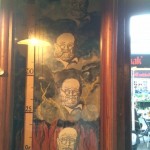 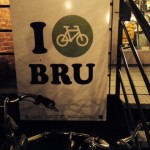 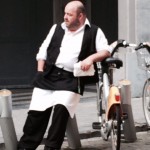 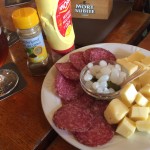 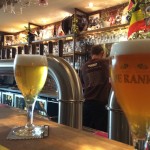 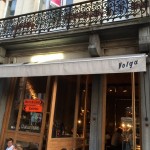 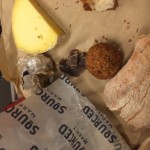 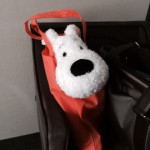 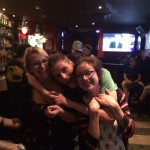 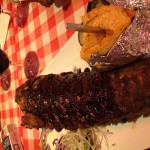 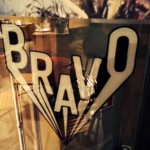 Prost, Salut, Kampai, Cheers!! Here’s to the next ‘research’ trip!!