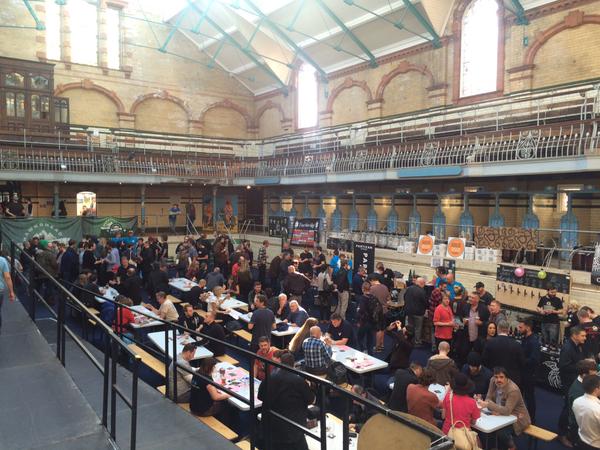 Sometimes, small spaces like North Bar are capable of incredible things. An area which, on a Saturday night, can feel about as big as a sheet of newspaper, can be transformed into all manner of things.

Last Monday saw one of these transformations, when we played host to some amazing people. Imagine a dinner party where the food is cooked by the best Scandinavian restaurant in the country, and the drinks come from one of Norway’s most celebrated breweries. Oh, and all your guests are lots of super-cool people from Leeds. That sounds like a pretty good night, yeah? Well that was bloody us last week! 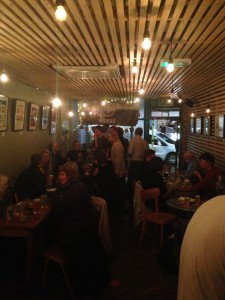 Lervig Brewers David and James came all the way from Norway to pay us a visit, on their way to Indy Man Beer Con. Lovely fellas, lovely beer. Staff favourites included the Sawa Zuzu Berliner Weisse, and the Mikkeller and Lindheim collaboration Pop That Cherry, “though the name creeps me out a bit”.

The guys from Norse, while not actually crossing any sees or national borders, made the long journey from Harrogate to cook us some beautiful dishes. Cooking six different courses for a bar full of people, on what appeared to be a couple of camping stoves, would have seemed like an impossible task for some. Most of us struggle with cobbling together an M&S 2 for £10 Meal Deal with much gravitas.  But Norse carried off the whole affair masterfully. Not only were they total pros all night, their exceptional friendliness and customer service didn’t falter for a second. They basically smashed it. 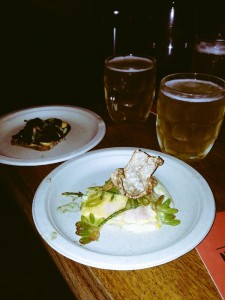 Even a nifty filter can’t do justice to just how tasty and beautifully presented these dishes were.

Not to mention that the food was just fantastic. If you’ve not been to Norse yet, get your butts to Harrogate and pay them a visit. You can see their website here. And while you’re at it, give Lervig a peruse too!

On to the Indy Man Beer Con, or the ‘Independent Manchester Beer Convention’ as no one ever calls it. North Brewing Co had a starring role, and there was plenty of networking, research and time invested in making valuable connections for the business… at least that’s what we’re told. 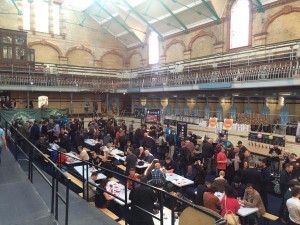 So much research to be done.

With a million cool things on the Horizon, it’s an exciting time here at North Bar. As the countdown to the end of 2015 begins, we’re wondering if we’ll have a chance to catch our breath – but if events like this keep happening, we’re kind of hoping we don’t.