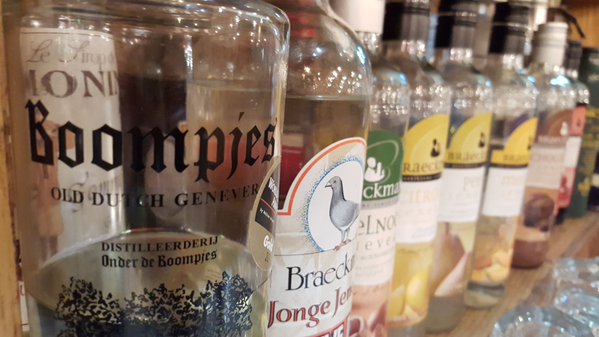 What’s Try January and why do we keep going on about it?

Well Man-In-A-Van-uary is something I just made up.

But the others are all variations on a theme. And that theme is Don’t desert the pub in January: Take it easy but try something new.

January is a tough time for everyone, and shops, restaurants and bars really feel the pinch at the beginning of the year. It always starts things off with a bit of a… bleugh. Add to that the fact that some people choose to abstain from alcohol for the month, and you’ve got a bit of a drought on your hands.

There’s a fair bit of debate about whether swearing off booze for 31 days is even that good an idea (some arguments are summarised here). So in response to Dry January, Try January is an industry-wide campaign to encourage people to give something new a go. It’s not just about beer either: it’s wine, spirits, food and – go on then – soft drinks too.

The campaign is spearheaded by Jessica Mason and the Morning Advertiser (Mason gives a great introduction to Try January here) and if you take a look at her twitter you can see loads of tweets from bars, restaurants and customers getting involved in the campaign. It’s really great to see.

A large focus of the campaign is positivity: a positive experience for customers who get to expand their horizons a bit, and a positive experience for the businesses too. With regards to Tryanuary and Can-uary, they are beer and brewery-specific campaigns, designed to get people drinking beer from smaller breweries and buying from indie bottle shops. Jessica Mason, again, explains the differences between Try January and Tryanuary here, and criticises some folks’ attempt to pit the campaigns against each other. As Mason points out, there’s no reason that they can’t work together; after all, we all want the same thing*.

So what are we doing for Try January?

If you follow our bars on Twitter, you will have seen us splashing #TryJanuary all over our posts like there’s no tomorrow. That’s because we just HEART Try January <3 <3 <3 <3 <3 and we also have lots of things we want to tell you about all the time.

At North Bar, it’s all about Jenever. Never heard of Jenever? Then you should pop in and TRY one (u get me?). It’s basically a Belgian/ Dutch gin which comes in all sorts of fancy flavours. This ace poster, designed by the even acer Couk, explains the deal with Jenever. Come and get it! 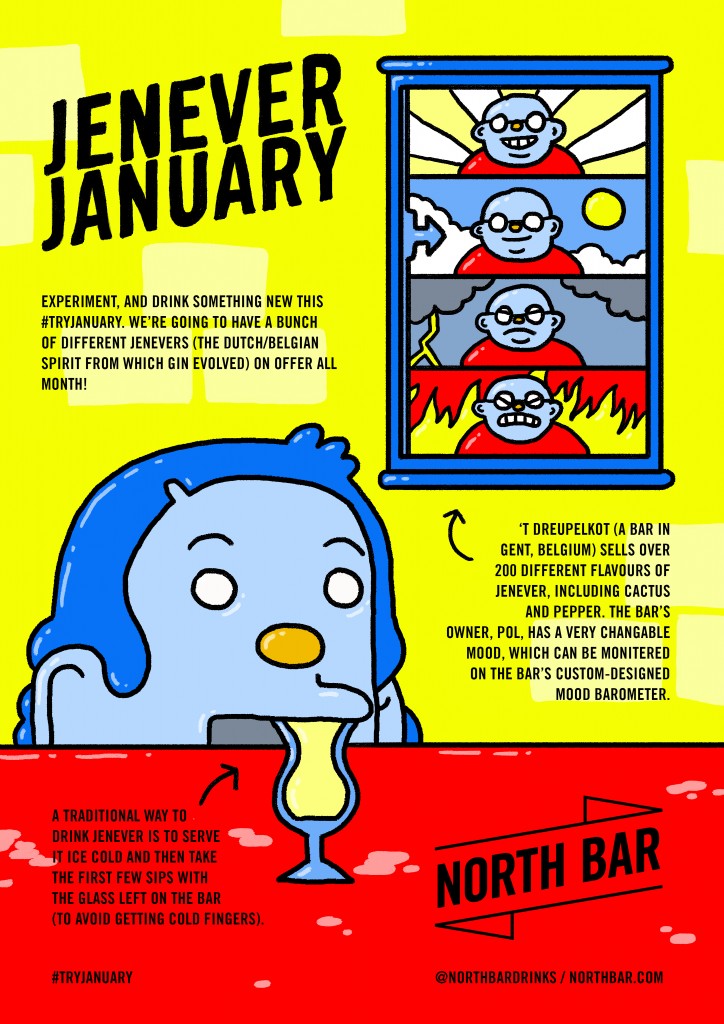 Then over in Otley, North Bar Social are mixing it up a bit. They want you to have something new by trying something old. Snowballs, Babycham, Pink and Gin: Things your Nan likes to drink. For a bit of retro recommendation, North Bar Social is your gal.

And if you are off the booze at the mo, who are we to criticise? We’ve got our fridges stocked with great soft drinks, and alcohol-free beer which actually tastes good (I know! It does exist. Promise.) So whether you’re staying dry, or giving something new a go, there’s something in #TryJanuary for everybody.

*Speaking of Tryanuary, there’s a great article here from the cool cats at Independent Leeds. It features recommendations from bartenders all over Leeds, one of whom is the fabulous Alex at The Cross Keys. Not a bad beer wishlist to be getting on with!